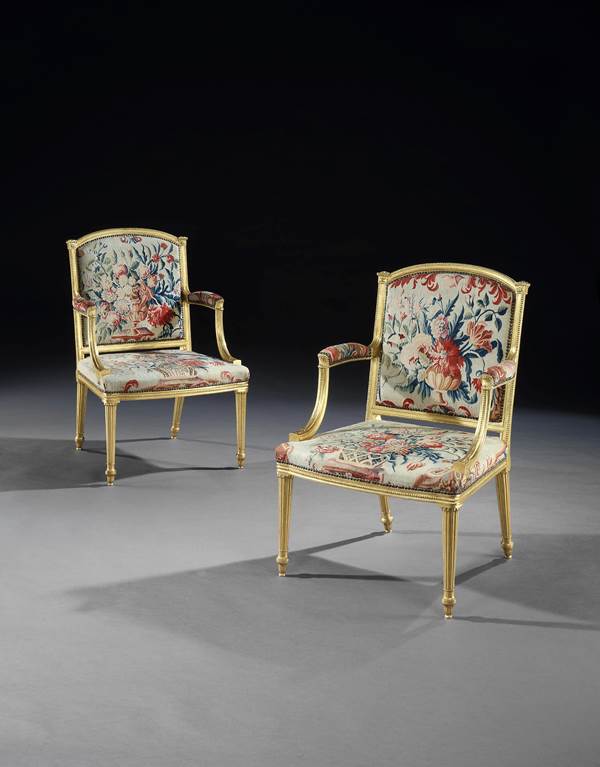 A pair of George III giltwood open armchairs by Thomas Chippendale
Note: The chairs retain the original floral tapestry covers. The gilding has been refreshed.

Sir Richard Worsley’s bank records survive at Hoare’s Bank in London, where these five substantial payments were made between the years 1776 and 1778:

Sir Richard Worsley inherited the house and estate of Appuldurcombe on the Isle of Wight, England, in 1768. When he embarked on refurbishing Appuldurcombe in 1774, he chose Chippendale to supply the furnishings for the house in the latest neoclassical fashion.

Sir Richard also ordered tapestries from the Gobelins factory in Paris, as he passed through on his way back home from the Grand Tour. He was one of a select group of six English clients who placed orders at the factory during the lull between the Peace of Paris of 1763 and the start of the French Revolution in 1789. The other patrons were the Earl of Coventry, William Weddell, Sir Henry Bridgeman, Sir Lawrence Dundas and Robert Child. According to the inventory, the wall panels ordered depicted the Arts and Sciences, following a design used for the Marquis of Marigny and Madame de Pompadour. The design of the seat covers is attributed to Jean-Baptiste Monnoyer (1636–1699), who is known to have supplied designs to the Gobelins factory in the 17th century. These designs were still in use one hundred years later.

Sir Richard married Seymour Dorothy Flemming, stepdaughter of Edwin Lascelles. The connection to the Lascelles family and through them to Harewood House is possibly another reason why Worsley commissioned the furnishings for Appuldurcombe from the Chippendale workshop. The marriage, however, ended in scandal and a subsequent court case which made Worsley notorious throughout the country and forced him to retreat abroad. After several years in Spain, Portugal and France, Sir Richard returned to Appuldurcombe and died in 1805.

Through his daughter’s marriage, Appuldurcombe passed to the Earl of Yarborough. Some of the contents were moved to the Yarborough family seat of Brocklesby Park in Lincolnshire, England. Appuldurcombe House was eventually sold in 1855, and today the house is a mere shadow of its former glory.

The Chippendale suite passed through the hands of numerous owners, including the Maharaja of Baroda, and during his ownership it was still a complete set of eight chairs and a sofa. Two chairs from the suite were formerly with Apter-Fredericks; the same pair, formerly with Mallett & Son, is illustrated in Lanto Synge’s book on chairs. The sofa and the other four chairs have not yet been traced.

Apart from considerable payments to Chippendale between 1776 and 1778, comparatively little is known about the furniture Chippendale supplied to the house. An inventory from 1779 at Appuldurcombe mentions the suite as ‘8 Cabriole elbow chairs carv’d & gilt in burnish’d gold & cover’d with Gobelins Tapestry. A Sofa to match, cover’d wt. Do.’ 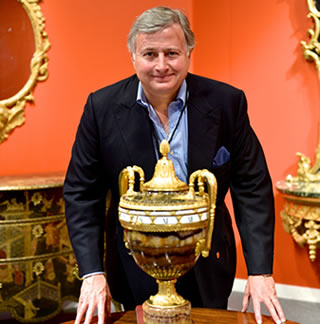 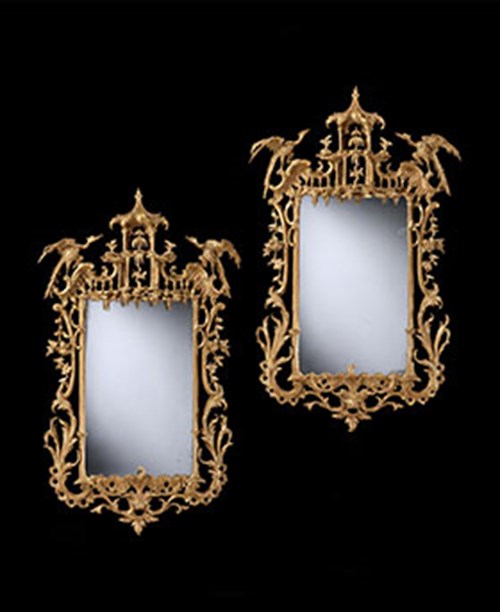 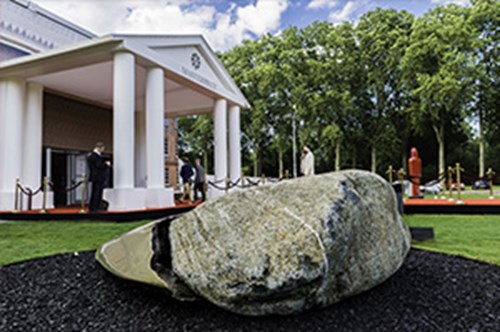 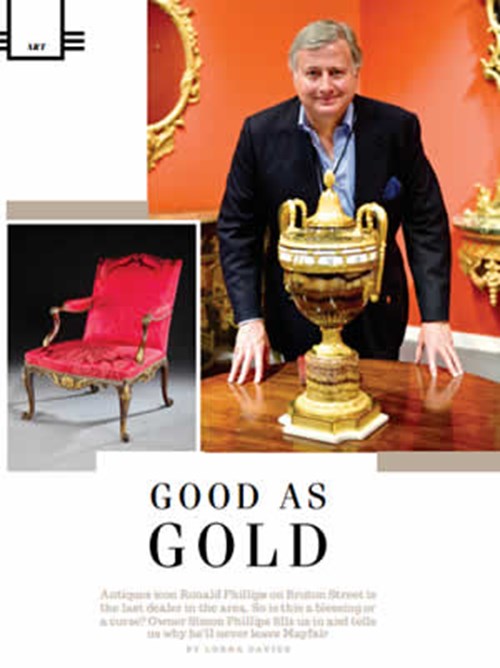 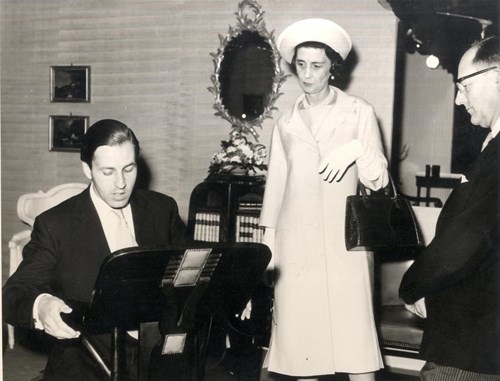 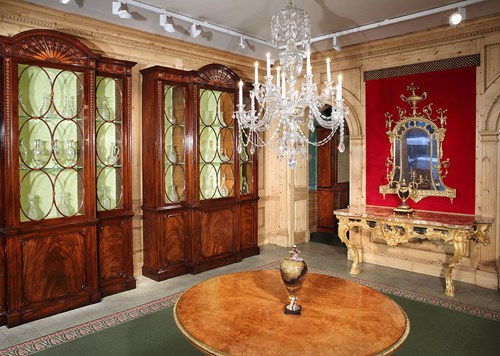 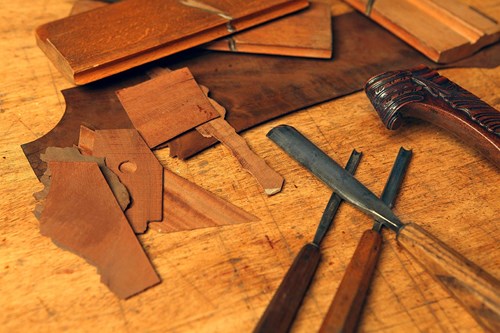